Glee alum Lea Michele tied the knot with boyfriend Zandy Reich earlier this month in an intimate ceremony in Napa, Calif. The couple zoomed off on a tropical honeymoon and promptly treated Michele’s 5.4 million Instagram followers to a peek at her new wedding bands — one sparkly, one simple. 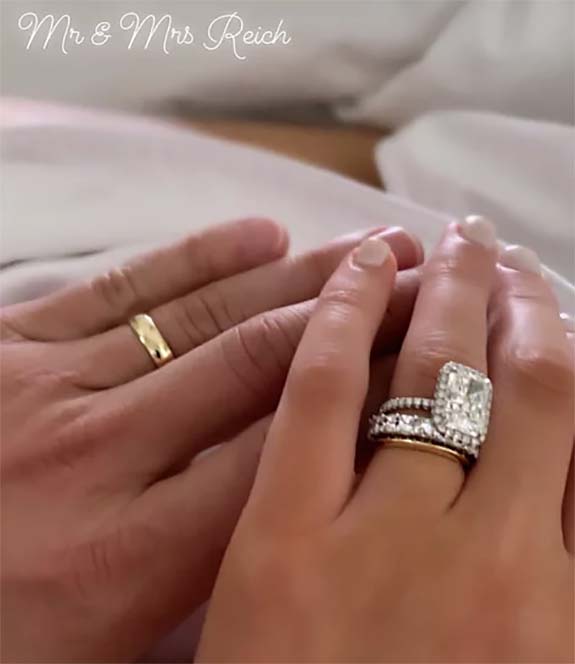 The 32-year-old actress posted a photo of her unconventional triple-stack bridal bling — a 4-carat, elongated radiant-cut diamond in a halo-style setting, followed by an eternity band with square diamonds going all the way around, followed by a thin, unadorned yellow gold band. 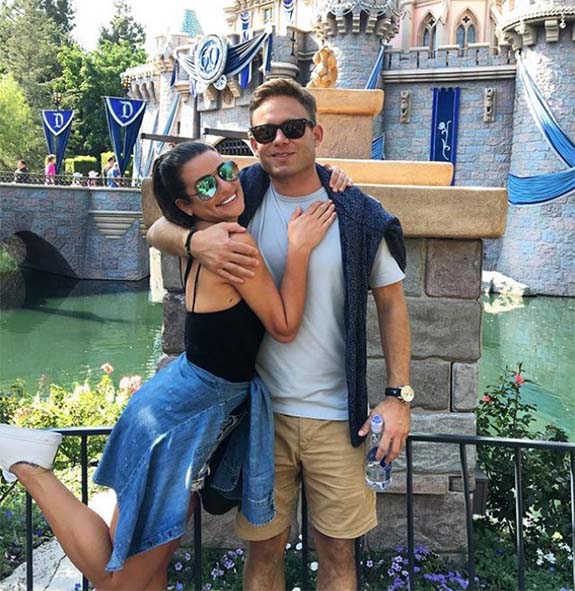 The sparkly square-shaped diamonds in the white-metal eternity band mimic the design elements of the white-metal engagement ring, while the unadorned yellow band is a nod to Michele’s Jewish heritage.

In Jewish tradition, the ring exchange between the bride and groom features simple smooth gold bands, free of engraving or gems. As a simple, unbroken circle, the ring symbolizes a marriage unmarred by conflict or distraction.

“I went with classic gold,” Reich told People magazine, while Michele opted for an understated diamond band and a thin gold band underneath.

“I didn’t want to take attention away from the beautiful [engagement] ring Zandy created for me,” she said.

On her Instagram Stories, Michele posted a photo of her rings in a tropical setting. Her caption simply stated, “That wife life.” 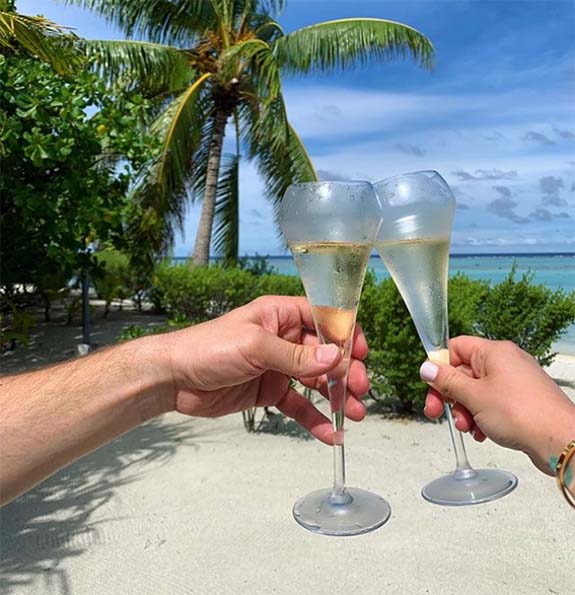 She also included a pic of her and her new hubby toasting their new life together with glasses of champagne.

Michele got her start as a child actress on Broadway, but rose to national prominence playing Rachel Berry on the Fox series Glee, which followed the disparate members of the fictitious William McKinley High School glee club. Glee aired for six seasons, from 2009 to 2015. Reich, a graduate of the prestigious Wharton School of Business, is the president of AYR clothing company.