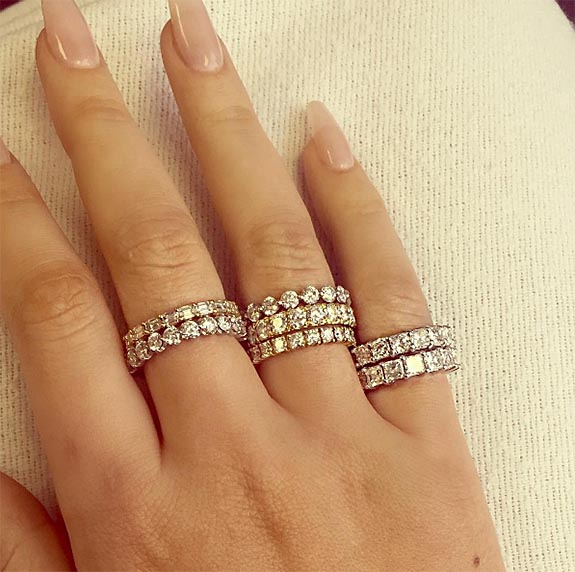 The couple started dating in August, but already the diamonds are symbolizing that Montana is looking to take the relationship to the next level. In fact, in an Instagram post aimed at her 9.3 million followers, the 26-year-old Azalea seemed to lightheartedly joke that the 31-year-old Montana is looking to "pressure her" into a permanent commitment. 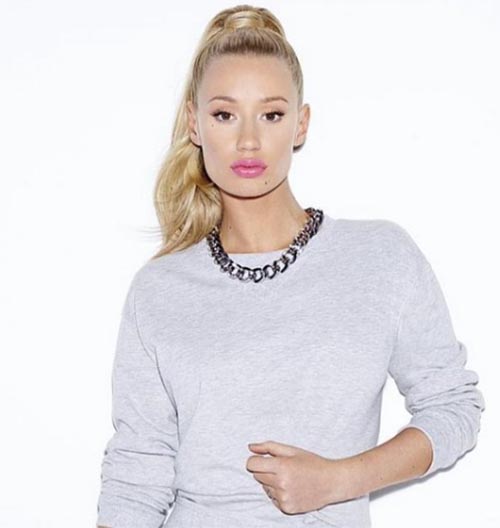 The post included tags for Montana and jeweler Iceman Nick, along with heart and diamond emojis. Azalea's Instagram fans seemed to be impressed, as the post earned 112,000 Likes.

From the photo, it appears as if the eternity bands represent a fun assortment of metal colors and diamond shapes.

Her middle finger pairs a band of baguette-cut diamonds in yellow gold with a ring with slightly larger round diamonds set in white gold.

Her pinky lights up with two bands of prong-set, princess-cut diamonds in white gold.

Azalea bounced back quickly from her failed engagement to professional basketball player Nick Young. The couple had been engaged June 1, 2015. The $500,000 engagement ring featured an 8.15-carat fancy intense yellow cushion-cut diamond embellished by a halo of white diamonds. The couple broke up this past June.